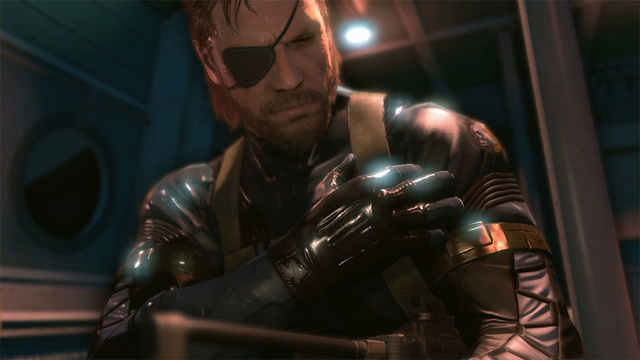 When it comes to journalism, any article you write must be without any bias. The writer is not supposed to let his personal feelings come between himself (or herself) and the article. However, this is one of those times that I will break this code of ethics and melt down into all my fanboy antics over the Metal Gear Solid series.

Metal Gear Solid is a stealth-action game series that I have been playing since I was roughly ten years old. The series is known for its high production value, being one of the first video games to blur the line between game and movie. The series is also one of the most critically acclaimed in gaming history, with each entry in the series’ canon having a score above 90 (or close to it) on the review site Metacritic. This means that on average, each game in the series has an A rating, meaning these games are good.

My twelve year love story with the series brings us to the latest entry, Ground Zeroes. Some of you who may be fans or just video game lovers in general know that the title is not without controversy; the loudest criticism of MGSV: Ground Zeroes is its length. The main mission of the game can be beaten in under two hours, and according to one gamer’s speed run, even as quickly as ten minutes. I am here to say though, length be damned, Ground Zeroes is still a fantastic game and one that I believe may be the beginning of a new era in stealth based video games.

Ground Zeroes tells the story of legendary soldier Snake, also known by the title of Big Boss, as he goes on a mission to rescue two child operatives, Chico and Pacifica Ocean, from the black site prison Camp Omega (a clear reference to Cuba’s own Guantanamo Bay). Snake’s mission is to determine whether or not the two are still alive and to get them out of the camp safely. While the mission may seem very generic, the gameplay is not.

Ground Zeroes runs on Konami’s new Fox Engine, creating one of the most beautiful looking games I have ever seen. Small details such as individual hairs floating in the wind, the stitches and needlework of soldier’s uniforms, as well as the intricate details of every character’s face can be noticed. While you will still know you’re playing a video game, I found myself in awe at just how good the game looks. This is one of the first next generation games (PS4,Xbox One) that truly delivers on the promise that the new consoles hold.

While the graphics are beautiful, the gameplay itself is refined and amazingly fluid. After a few minutes experimenting with the new controls, I can also say that Ground Zeroes plays incredibly well. New gameplay mechanics, such as tagging enemies and the refined sneaking controls make Ground Zeroes a fun experience, and once you get comfortable enough with one playstyle, you find yourself soon trying on another.

Ground Zeroes offers four other missions, including a console exclusive one, in addition to the main story mission. Each mission offers a different kind of experience and warrants multiple playthroughs to see and try each one. While the game still is a brief experience, offering about 6 to 8 hours for the average player, it is not a full priced game, retailing at $29.99.

For any diehard fans of the Metal Gear Solid series, the entry offers a small taste of what is to come in the next entry, titled The Phantom Pain. For the casual fans or those curious, it may offer a slightly unsatisfying experience, if only because more is wanted. For me, Ground Zeroes is a small entry that not only gives me hope for the MGS series, but also for where the medium of video games is about to go in the future as well. If Ground Zeroes is a true indication of the next generation, then we may be in for some of the darkest, most compelling storytelling paired with exciting and engaging gameplay.

Gameplay: The new controls take a few minutes to get used to, but once you do, the surprising fluidity of the game mechanics makes for enjoyable stealth.

Graphics: One of the best looking games I have ever seen, hands down. The Fox Engine is beautiful.

Sound: Kiefer Sutherland as the new voice of Snake may disappoint some long term fans, but I think he does an excellent job voicing the character. The rest of the sound work is incredible, aiding the impressive graphics and further immersing the player in the created world.

Replay Value: Moderately High. The average gamer will dabble with every mission at least once. MGS junkies like myself won’t rest until the game is at 100% completion.